The Covid-19 outbreak caused Zakhele Tshabalala to rethink where he proposed to his  girlfriend, Molatelo Baholo, so instead of popping the question at dinner in front of family and friends he recently got down on one knee at the Shoprite Group’s distribution centre in Centurion.

A date for the wedding has not been set and is not likely to be set any time soon due to the national lockdown, nevertheless Tshabalala (36) chose their workplace as the setting for his proposal and their work family as witnesses.

“The dream was to ask for her hand following a dinner with family and friends, but Covid-19 put a spanner in that plan. I wanted to surprise her and asked myself: ‘Why not propose at work?’ It is where we met two years ago and where we spend most of our time, especially now as all of us have to work around the clock to ensure that our stores remain stocked in this time of crisis.”

He arranged with her supervisor to see her and asked a colleague to buy her a bunch of flowers.

Baholo (39) says she had no clue what he was up to even as she saw him walking towards her in the middle of the work day. “Everyone else knew though because there was a lot of excitement around us. I was very surprised and felt, and still feel, very special that he did this for me,” she says.

Tshabalala was confident that she would agree to marry him, but was anxious about proposing in public. “I get nervous when there are a lot of people around me, but our colleagues have become like family and I also found the courage by reminding myself just how much she means to me,” he states.

Baholo told her sister about the proposal first: “A colleague made a video of us, which I sent to her with the message that I would explain everything when my shift ended later that day.” 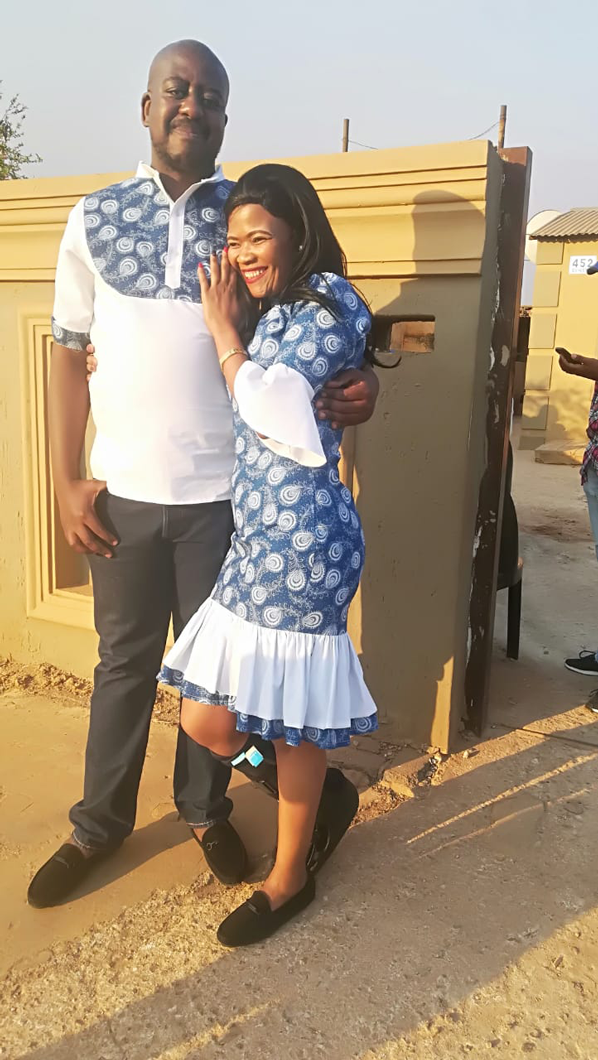 The couple live in Ivory Park and started dating shortly after Baholo began working at the distribution centre in 2018. “We were both working the night shift when I noticed her. I persuaded her to give me her phone number and, as they say, the rest is history,” claims Tshabalala, who has been working for the Group since 2005.