Ram Harisunker this month celebrates 50 years with the Shoprite Group in a distinguished career which took him from receiving clerk to main board director. 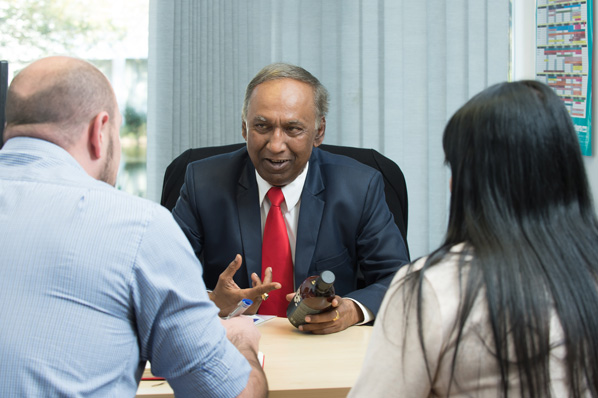 Ram Harisunker still looks after the Swaziland operations and international sourcing, but also mentors employees and looks at new business opportunities.
If you want a standard job, don’t come here. But if you want a career, then join Shoprite.

He joined the Group - where job security as well as skills development and training is a key priority - in 1969 at the age of 17. Harisunker applied for a job at the Checkers Davenport Rd store in Glenwood, Durban. Here he gained experience as Receiving Clerk, Shelf Packer, Cleaner, Cashier and worked his way up to become the store’s Assistant Manager in 1974.

By 1982 Harisunker was a Regional Manager responsible for the South Coast and by 1985 he was a Senior Buyer for the KwaZulu-Natal division. In 1987 he relocated to Cape Town, where he was the Divisional Manager for the Cape region until 1990, when Harisunker was tasked with decentralising the buying function and setting up divisional buying divisions.

By 2004 he was managing the Group’s operations in seven African countries. From 2010 Harisunker has been involved with global sourcing, establishing the Group’s  importing and Africa buying divisions.

Today, at age 67, he is essentially, in his own words, “like an octopus,” still looking after the Swaziland operations and international sourcing, but also mentoring employees at the Group’s Home Office, especially in the buying divisions, and looking at new business opportunities. Harisunker has been a Shoprite Holdings board director since 2002.

Part of the reason why he has had such a distinguished career is that no two days at the Shoprite Group  are ever the same.

It is a dynamic environment which changes every day. There are lots of time pressures. But if you work at it, you can do well here: there are so many opportunities, ranging from retail to real estate to legal to logistics, you name it.

So far there have been no lowlights in his career.

The day I wake up and don’t feel like coming to work, I won’t. But until then I still get to work at 06h30 every day and work 12 hour days, seven days a week. And I still work at the same speed.

Harisunker, who was an early adopter of technology, believes that innovation is critical to retail. He is especially passionate about product innovation and is the person who sourced the Pot O Gold baked beans, which he says is still “the best tin of baked beans in the world; nothing compares to it”.