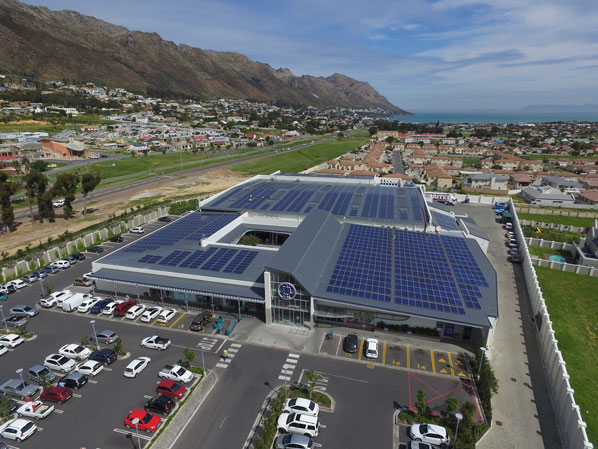 A new rooftop solar PV (photovoltaic) installation at the Shoprite Group’s Gordon’s Bay Mall is expected to generate more than 720 000 kWh per annum, amounting to about a third of the centre's total electricity use.

The Gordon’s Bay Mall is the seventh solar PV plant that the Group has installed. Its installations in Kimberley, Oshakati, Otjiwarongo, Ongwediva, Tsumeb and Kathu have collectively generated 7 700 000 kWh of electricity, thereby reducing the Group’s carbon emissions by 7 350 tCO2e since inception.

It is conducting technical and financial feasibility studies for additional sites to increase the Group’s use of sustainable and renewable electricity to realise its ambition of being an environmentally responsible retailer.

The Group is also continuously innovating and looking at opportunities to reduce its electricity usage, carbon footprint and impact on the environment. It invests in energy efficiency and renewable energy initiatives where possible, and in 2017 initiated a project to replace 1 million conventional fluorescent lamps with energy-efficient lamps across 1 000 South African stores.

All non-essential lights in the Group’s stores are switched off at night, with an estimated hourly saving of 25 000 kWh across all stores, equivalent to the same amount of electricity that 17 000 households would use per day. 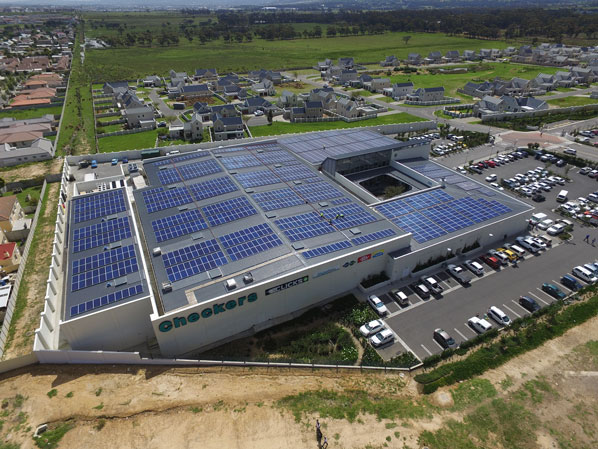 The Gordon’s Bay solar PV plant, constructed by Mettle Solar, will see the Group reduce its carbon emissions by a further 684 tCO2e annually while helping to meet its and the country’s sustainability objectives.